This performance portrayed four women mirroring and watching each other both in action and in image. The language of the play was both abstract and concrete, the actors recited text that described more than one visual association at the same time. The four actors, wearing costumes reminiscent of a decadent past, mirrored the four paintings within the gallery. The paintings themselves intersected the architecture to provide a notion of domesticity and to visually connect the performers to the space – each painting acting as a frame for a character and an action.

Within this short play, Teplin married football chants and gesture, fragments from a Square dance and a Dilettante’s poem whilst looking to and referencing Hollywood films from the 1960s, a Sonia Delauney publicity film, the traditions of theatre, and particularly the history of abstract theatre as social activism. The title of the show and performance derived from Safdar Hashimi’s text ‘The Right to Perform’ within which a group of actors performing street theatre are dragged away by the establishment as their audience hoots –

“Another expression of the people’s anger was a street play called DTC’s Fraudulence put up by the Jan Natya Manch on February 8th, 1986….Large crowds watched the 15 minute play joining the actors in raising anti-DTC slogans at the end of the performance…..the best police tried to disrupt the performance but were hooted away by the audience…..two of the actors were dragged by police to the waiting police van…..the same story repeated throughout the week”

Within her practice Teplin has focused on how movement and sound can be experienced in painting, creating what she descibes as ‘sound words.’ For Teplin, an exhibition is the staging between painting and cultural language. Her paintings focus on the tonal sound created through colour and brushwork while within her performance works, this is further developed in how language becomes both image and sound, political and nonsensical. 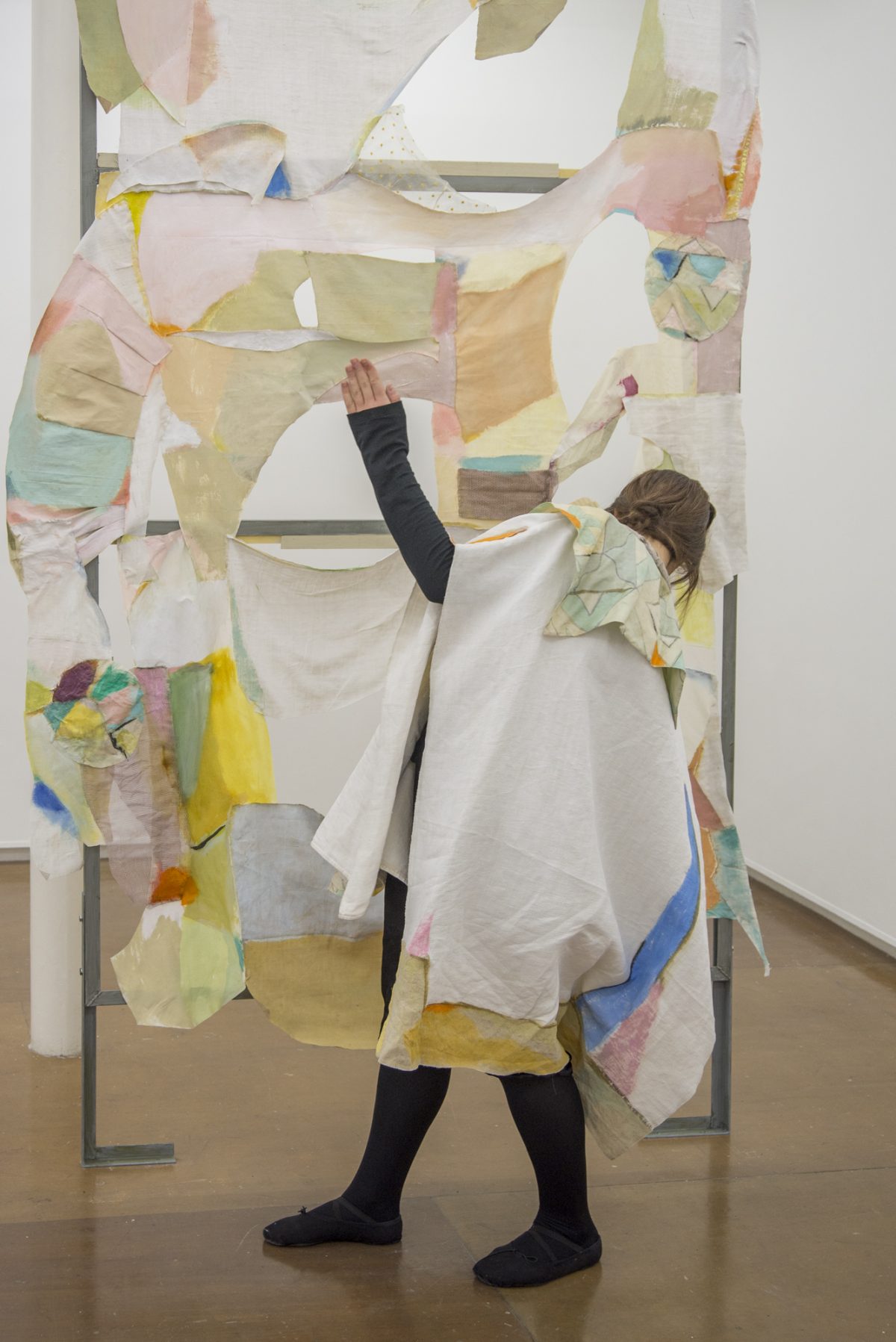 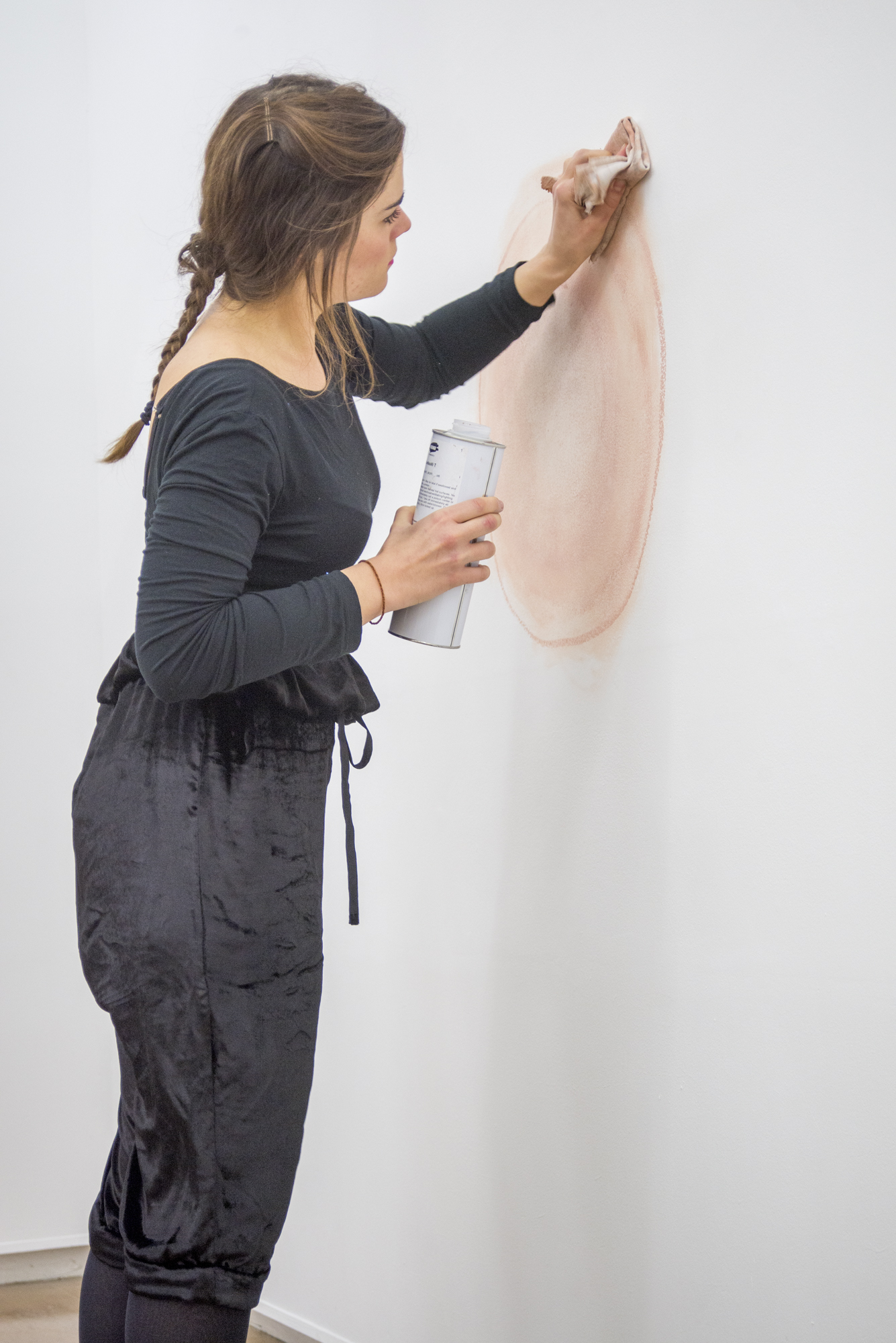 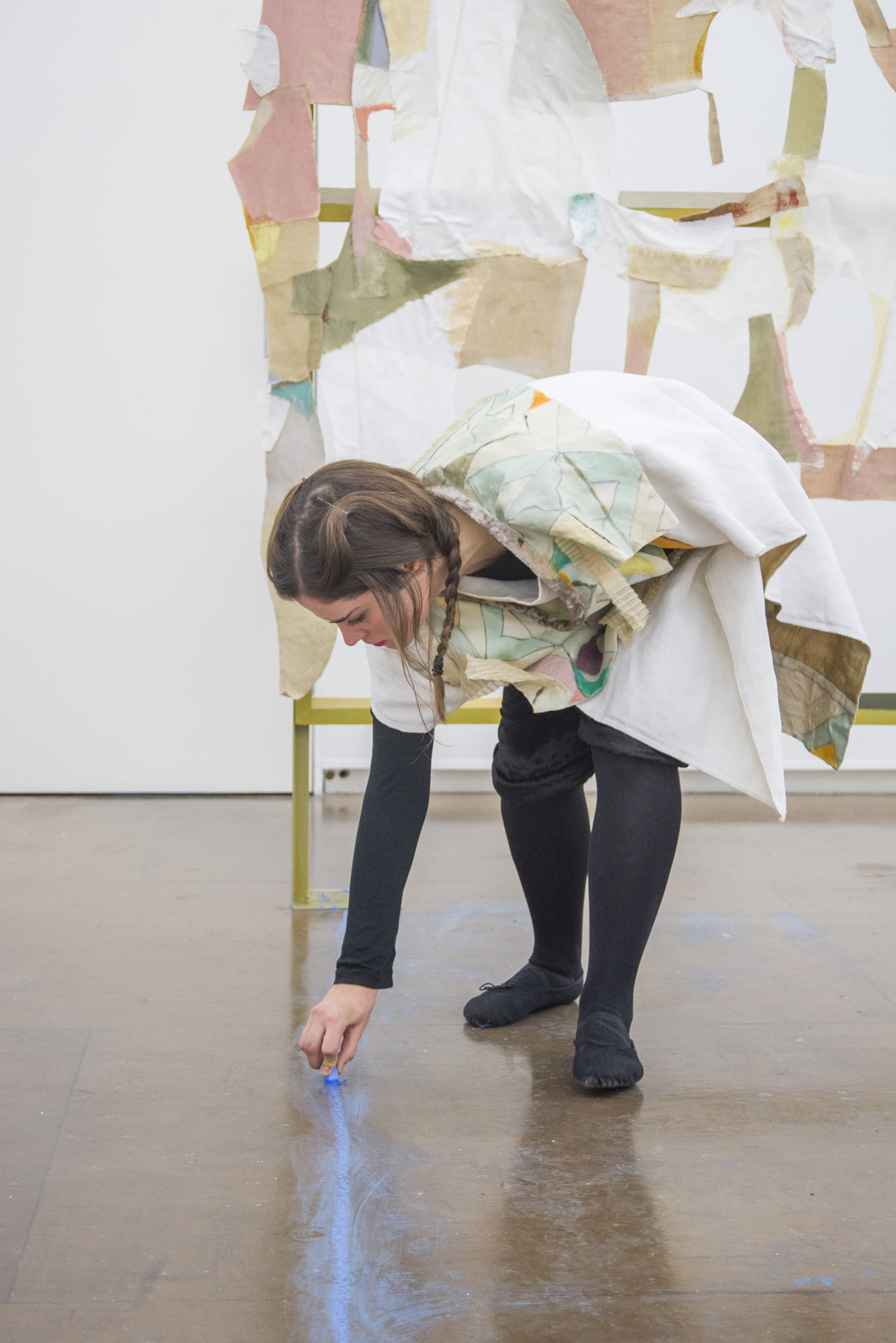